Since March 2020, the pandemic has brought on scarcity in odd goods like toilet paper, baking flour and exercise equipment. The latest casualty is the auto industry as car production across the world has been hobbled by chip shortages. While much has been written about the role of semiconductor suppliers, foundries, wafer fab equipment, fires, and snowstorms in the chip shortages, we should also look at a few components in the IC assembly supply chain.

In Q1 2020, predictions for the car market were dire and car manufacturers immediately scaled back chip orders. I wrote a post on this last year. Fortunately, “work from home” drove a sudden boom in server, cloud, and computer ICs, and semiconductor manufacturing capacity was reallocated to these growing applications. 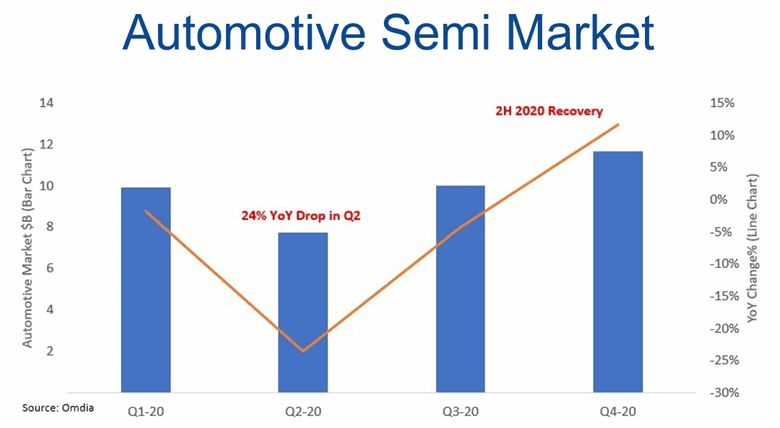 As the auto market started recovering in late 2020, car suppliers were scrambling to get their capacity back, which has proven to be challenging. Most automotive ICs use wirebond packages such as SOIC, TSSOP, QFN, QFP, BGA and Power Discrete. According to a report from Yole, wirebond packages are more than 90% of the automotive packaging market.

All ICs use wafer saws or laser groovers to dice wafers into individual die. Wirebond ICs need die bonders to bond singulated die to leadframe or laminate substrates. They then use a wire bonder to connect the die to package leads using gold or copper wires. 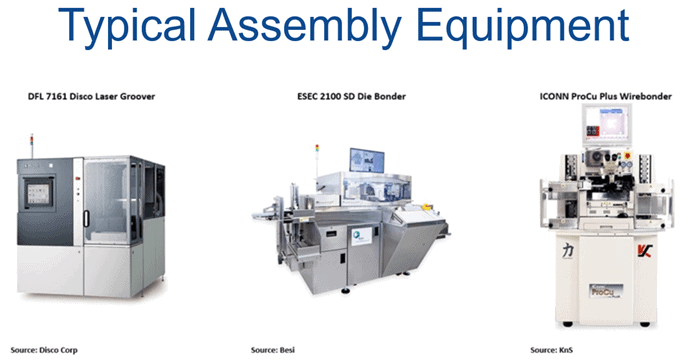 Lead times for wire bonders have blown out significantly as evidenced by this quote from the CFO of wire bonder supplier Kulicke and Soffa (K&S) during their Q1 earnings call: “Lead times now has gone up significantly. I would say it’s almost up to about 40 weeks,” said Lester Wong, SVP & Chief Financial Officer at K&S.

And in a great twist of irony, K&S bonders are getting delayed because of a microcontroller shortage, many of which probably are assembled using a K&S wire bonder, to begin with. Average delivery times of Kulicke and Soffa Industries Inc.’s packaging equipment, which require microcontrollers, have doubled to six months.

Other assembly equipment such as wafer saws, laser groovers, die bonders and mold equipment have also seen increased lead times as demand has picked up. Equipment suppliers are trying to keep up, but this equipment shortage is delaying IC assembly capacity additions.

In some cases, even if capacity is available, there is a material shortage in critical components like IC substrates and leadframes. The substrate shortage has been a problem for a while due to the high demand for chips used in data centers and cloud computing. As substrate suppliers divert more capacity towards these applications, supply for automotive customers using flip chip and wirebond ICs has been constrained.

Semiconductor manufacturing capacity was reallocated from automotive to computing and server applications when the pandemic hit in 2020. Auto demand started recovering in Q3 2020, but this capacity has been difficult to get back. From a packaging perspective, automotive ICs largely use wirebond packages. Assembly equipment such as wire bonders has been in short supply. Material shortages are also causing delays in the supply chain. Material suppliers for substrates and leadframes don’t have great margins and must invest cautiously compared to the semiconductor companies they serve. These factors have contributed to the ongoing automotive chip shortages.

Prasad Dhond joined Amkor in 2014 and is Vice President of Amkor’s Wirebond BGA Products. He previously led the Automotive market segment and managed the Quad and Dual Leadframe product lines. Prior to joining Amkor, Prasad worked at Texas Instruments for 12 years where he held roles in product definition and marketing in the Analog product group. He holds a BSEE degree from The University of Texas at Austin and an MBA from the Southern Methodist University. 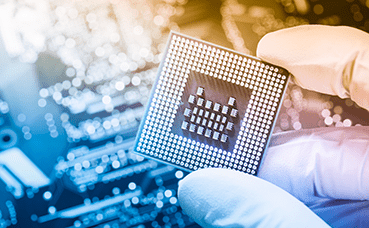 The Drive Toward Zero Defects 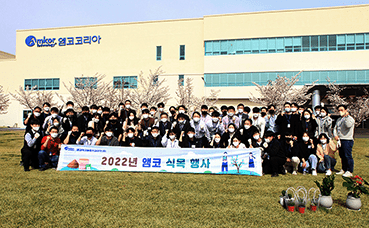